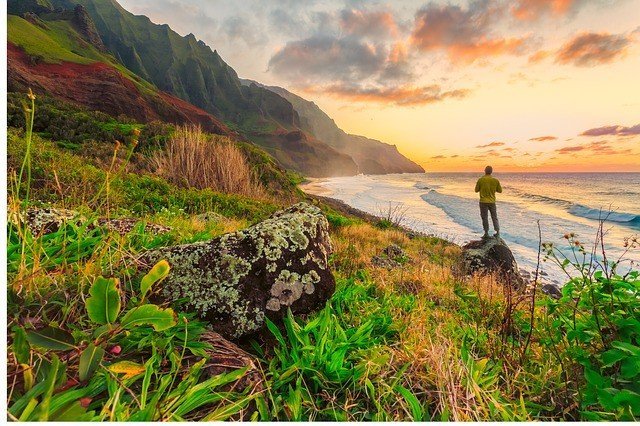 Whether it’s for its volcanoes, its scenery or its beaches, there’s no doubt that Hawaii has a lot to offer. Even though most first timers go to Maui or Oahu, the truth is that Kauai and the Big Island are two of the most beautiful Hawaiian islands, especially for those who like nature and the great outdoors.

These two don’t receive as much attention as some of their neighbors, yet they provide a more authentic and unique experience. Let’s have a look at some aspects that will help you decide between them.

With its 4,028 square miles and nearly 190,000 inhabitants, the Big Island, or simply Hawaii, is the biggest and most diverse of all the eight islands that form Hawaii. Apart from being famous for its lush jungle, black and green sand beaches and lava fields, the Big Island is home to the famous Hawaii Volcano National Park.

The two main airports in the island are Kona on the west and Hilo on the east. A flight to Kona from New York lasts nearly 12 hours and will set you back around $550, while a ticket from Los Angeles costs less than $400. A ticket to Hilo, on the other hand, can be found for $700 from New York or for $500 if you fly from the west coast.

Flights from Europe to the Big Island usually have one stop and can be found for $1000.

With a size seven times smaller and a third of the population of the Big Island, Kauai, aka the Garden Isle, is lush, green and has some of the best hiking trails in the world.

Several major airlines offer direct flights from Los Angeles to Kauai for less than $400. Flying from New York involves at least one stop -usually in San Francisco, LA or Honolulu- and will set you back $600.

A flight from the main European cities to Kauai takes more than 20 hours and costs around $1000.

When to Visit Hawaii

Even though Big Island enjoys warm temperatures the whole year, the winter and summer months see an influx of tourists so it’s advisable to avoid the period from December to March, and June to August. Additionally, there are two other dates that are better to avoid if you want fewer crowds: the Merrie Monarch festival that takes place in Hilo and starts on Easter, and the Ironman competition that occurs in October.

Keeping this in mind, the best months to visit the Big Island are September, November, April and May.

Likewise, Kauai has pleasant temperatures all year round but is known for receiving more rainfall. The rainy season goes from November to March and the summer months tend to be very busy so if possible, try to visit Kauai in April, May, September or October.

Kauai vs The Big Island : Things To Do

Both the Big Island and Kauai are great options for outdoor and nature lovers. The Big Island is formed by 5 volcanoes, has 8 of the 14 climate zones in the world and offers a great variety of activities. The main attraction for most travelers is the Hawaii Volcano National Park which is home to two active volcanoes: Kilauea, one of the most active volcanoes in the world, and Mauna Loa, a colossus measuring almost 30,200 feet (9,200 metres) from base (underwater) to summit, although only 13,681 feet (4,170 metres) rise over the sea level.

Other places worth exploring on the Big Island include the Waipio Valley that offers great views and trails, Pololu Valley and Kehena beaches with its black sand, Papakōlea beach with its green sand or the famous Kona coffee plantations. You can even take a day to drive around The Big Island.

Kauai, is another paradise destination for those who like nature and the outdoors. It’s green, has amazing flora and fauna, stunning scenery, world-class hiking trails, cliffs, valleys, secluded beaches and rivers making it the perfect destination for active travelers.

Apart from the famous Napali Coast, Kauai also has some spectacular places such as Waimea Canyon, aka the Grand Canyon of the Pacific, or Mount Waialeale, one of the wettest places in the world.

To really enjoy any of these islands, you’ll need to move around and explore. The Big Island is, as its name suggests, big and the best attractions are spread out, while some of the best sites on Kauai such as the Napali Coast involve a hike, boat ride or helicopter.

Kauai vs The Big Island: Accommodation

Even though in terms of accommodation these two islands doesn’t have as many options as Maui or Oahu, both the Big Island and Kauai offer accommodation for all types of travelers.

The Big Island has two very different sides. Kona (west side) is more developed than Hilo (east side) and you’ll find more options in terms of resorts and hotels. There are rooms on the Kohala Coast or in Kailua-Kona town for around $120 per night, several 3 and 4-star hotels for less than $250 per night as well as condos for more than $600 per night.

Hilo doesn’t offer as many options as Kona but it has enough variety for you to choose the type of accommodation that best suits you. From affordable double rooms for $60, local inns for less than $200 or houses for several people in exclusive locations for $500 per night.

In Kauai, most of the lodging options can be found on the eastern and southern side of the island. There are rooms with ensuite bathroom for $100 as well as a good selection of hotels and resorts that range from $200 to $300, and some upscale condos for $700.

Hawaiian cuisine is influenced by local, Asian and American flavours that reflect the islands’ ethnic diversity.

In terms of cuisine, both islands offer options for all budgets. On the Big Island there are more dining options in Kona than in Hilo, while in Kauai most of the restaurants are concentrated in the south.

Some of the local specialties that you need to try when visiting these islands are poi (a popular paste made from taro root), laulau (pork wrapped in taro leaves and cooked for long hours), haupia (dessert made with coconut-milk) and kalua pig (tender roasted pork wrapped with ti leaves).

If that’s not enough and you want to taste more local flavours, you can try the famous Kona coffee and macadamia on the Big Island, as well as lilikoi pie, a passion fruit delicacy made with lemon meringue typical from Kauai.

A meal in a local place on either of these islands will cost you around $20 per person while a more refined restaurant starts from $35 per head.

Kauai vs The Big Island: Cost

Even though Hawaii isn’t a cheap destination, you can enjoy the Big Island and Kauai without spending a fortune.

In terms of accommodation, gas and shopping, the Big Island is probably one of the cheapest. In Kona there are many beach resorts and hotels for affordable prices as well as huge chains such as Marriott or Hilton. Near Hilo, on the other hand, accommodation isn’t as posh, and you’re more likely to find local inns that will provide you with a more personal and authentic experience.

Kauai isn’t particularly expensive for Hawaiian standards either and offers accommodation and dining options for reasonable prices. Meanwhile, activities such as helicopter flights start at $150 and whale watching trips at $70.

Get Around The Islands

If you want to see the most beautiful places of these two islands you’ll have to go out and explore. The best way to move around the Big Island and Kauai to make the most of your time is by renting a car.

If you’re lucky you can find some offers for a mid-size car for $25 per day, although the price usually ranges from $40 to $50.

Kauai or The Big Island: The Verdict

The Big Island and Kauai are the perfect place for those seeking an active holiday with a lot of nature, outdoors and trekking.

If you like volcanoes the Big Island is your best choice. Not only is it home to the spectacular Hawaii Volcanoes National Park but also Akaka, Kahuna and Rainbow falls, as well as green and black sand beaches. The only drawback is that it needs time to be explored. Ideally try to spend at least 10 days here in order to make the most of it.

Kauai offers world-class trekking trails, amazing flora and fauna, stunning scenery and excellent beaches. Some of Kauai’s attractions are simply spectacular, such as Waimea Canyon and the Napali Coast, but they aren’t so easy to reach so they involve a hike, boat ride or helicopter. If you can afford the transportation to reach these highlights, Kauai is more feasible for a shorter trip.
All in all, nature lovers who want to experience one of the less-visited Hawaiian islands are sure to fall in love with either of these two options. 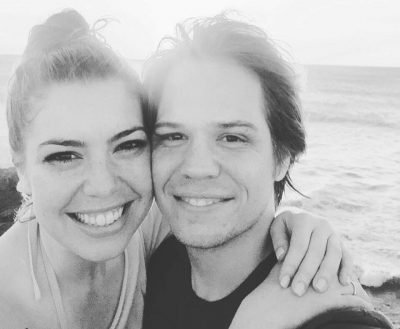 Whether it is at a luxury resort or a cozy cabin, we are here to make planning your next trip easier. 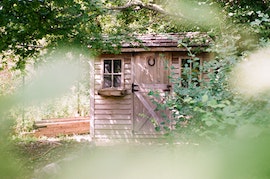 Keep in mind that we may receive commissions when you click our links and make purchases.