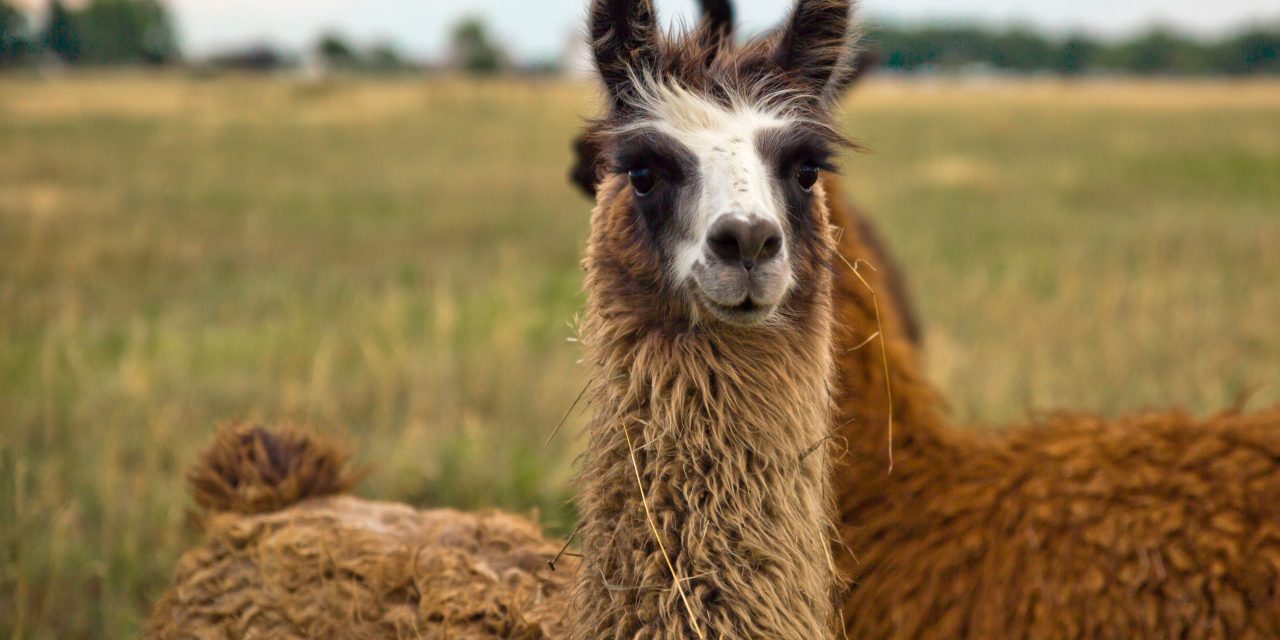 Ok, if you have traveled to South America, you have likely come across an animal that looks like a llama. There are several different species that are similar to Llamas including alpaca, vicuna, and guanaco.  Here are a few descriptions of each animal to help you understand the small differences.

The llama was originally found in Northern America forty million years ago. It then migrated to Asia and South America three million years ago. Today, it is commonly found in South America in the Andes mountain. Llamas are now usually used for transporting loads, their meat, wool and skin. The llama is considered a very sociable animal that enjoys being in a herd. It is also known to be very intelligent. Llama’s mating is usually throughout the year and baby llamas or the ciras are usually born in the warm weather during the day time. Llamas get their nutrition from leaves, grass and young shoots and they are usually found close lakes as they drink a lot of water.

The Alpacas are known to be very docile, sociable and cute animals. Some countries even train them to make them pets and they are mainly raised for their wool. They originated high in the Andes in South America however, they are very adaptable and they live now all over the world, like in the United States, Australia, and New Zealand. The main differences between llamas and alpacas are their hair, size and face shapes.

The Vicuna is the national symbol of Peru and is considered a very similar animal to the llamas and the alpacas however, they have different characteristics. Although they are centralized in Peru, they can also be found in Bolivia, Argentina and Chile.

The Guanacos are very similar to the llamas, the alpacas and the vicunas. They are collectively knowns as lamoids. The guanacos however, are known for their medium size that can reach height up to 3 or 4 feet and weight of around 300 pounds. Their body is covered with thick, brown wool and they have a large head with a very long neck, pointed ears, short tail and long legs. They also have thick eyelashes that protect their eyes as they mainly in windy areas. The guanacos can live up to 25 years and are considered very good swimmers and fast animals. These features help them survive since their homes don’t offer places for hiding. Guanacos also have a funny habit which is spitting and can be seen when they are annoyed!